Many of us have found ourselves in situations where we’ve felt frustrations whilst driving; in fact our recent survey of 500 UK drivers has revealed that 60% of us have been on the receiving end of road rage.

What Are Our Top Annoyances On The Road?

What’s interesting though, is that London tops the list of those aggravated by cyclists and motorbikes, with almost 50% of respondents saying this was their biggest annoyance on the road, whilst those in Edinburgh and Glasgow were much less likely to have the same frustrations.

Here’s the top annoyances by city: 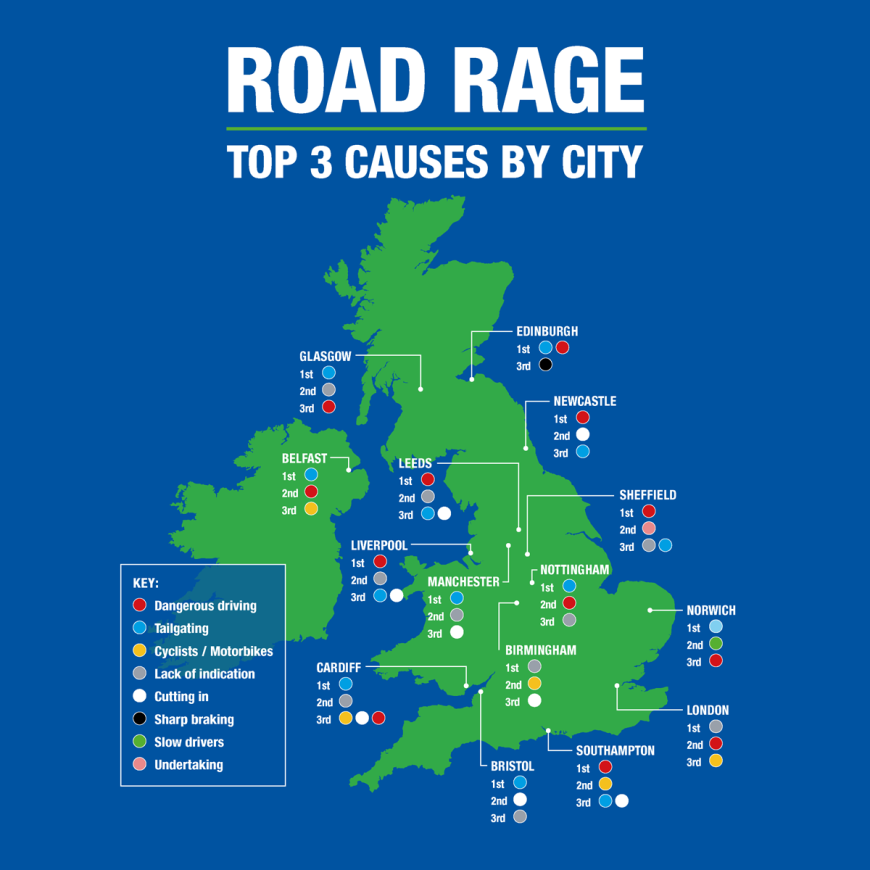 If we break it down by gender, women are much more annoyed by lack of indication than men (almost 50% of women see this as a cause of road rage!); whilst men find dangerous driving to be their biggest aggravation.

Which City Has The Most Road Rage?

Based on how frequently our respondents said they felt road rage, the angriest cities are:

4 in 10 people in Belfast experience road rage weekly, leading to the city topping the list.

Which Cities Are The Calmest?

Brummies are much calmer, with the majority only experiencing road rage every so often (less frequently than monthly).

How Can You Keep Calm On The Road?

We’re only human and emotions are natural, however if you feel you’re becoming angry whilst driving, try these steps: